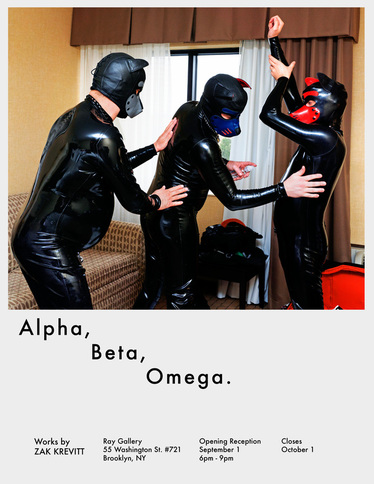 Ray Gallery is pleased to present Alpha,Beta,Omega, a solo show by Zak Krevitt on view from September1 through October 1. The opening reception will be on September 1st from 6:00 pm to 9:00 pm. Zak Krevitt is a photographer based in Brooklyn. Krevitt’s work focuses on Queer communities and their inner workings.

Zak Krevitt returns to Ray Gallery with a new series of photographs entitled Alpha,Beta,Omega. The show features work from Zak’s time documenting and participating in the Human Puppy fetish community. The work explores both the critical and cultural aspects of the community and its participants, navigating the space not as a voyeur, but as a card carrying member.

​Puppy Play participants are interested in entering a headspace free of the stressors of human life, its a therapeutic, zen like state of mind, where consciousness is transformed into a series of primal desires. A contributing factor to Puppy Plays rising popularity among young people, is a generation’s increasing integration with technology and anxiety. Puppy Play offers a rejection of technology and instead offers a primal state of being, an escape from responsibility and a deep dive into bliss. In ‘Alpha, Beta, Omega.’ this act of becoming something more than human is examined, as is the burgeoning community surrounding it.We are on the cusp of the cyborg age, and here individuals have taken it upon themselves  to strip away their human flesh and replace it with the imaged fur of a canine. Krevitt examines this through portrait sittings and documentation of fetish community events.  In and out of headspace, many Pups continue their allegiance to the community and one another in Packs, which are social groups structured after traditional wild dog packs, consisting of an Alpha, Betas, and an Omega. The design of the show is an homage to this structure and an acknowledgement that while there is a clear hierarchy of dominance, all roles are of equal importance to the survival of the Pack.
​
Zak Krevitt received a BFA in photography from the School of Visual Arts along with the reception of the Mapplethorpe Foundation Award. He has participated in exhibitions in New York City, Los Angeles, Madrid,Helsinki, Munich, and Geneva.
​
Raw Conversation with Zak Krevitt.pdf 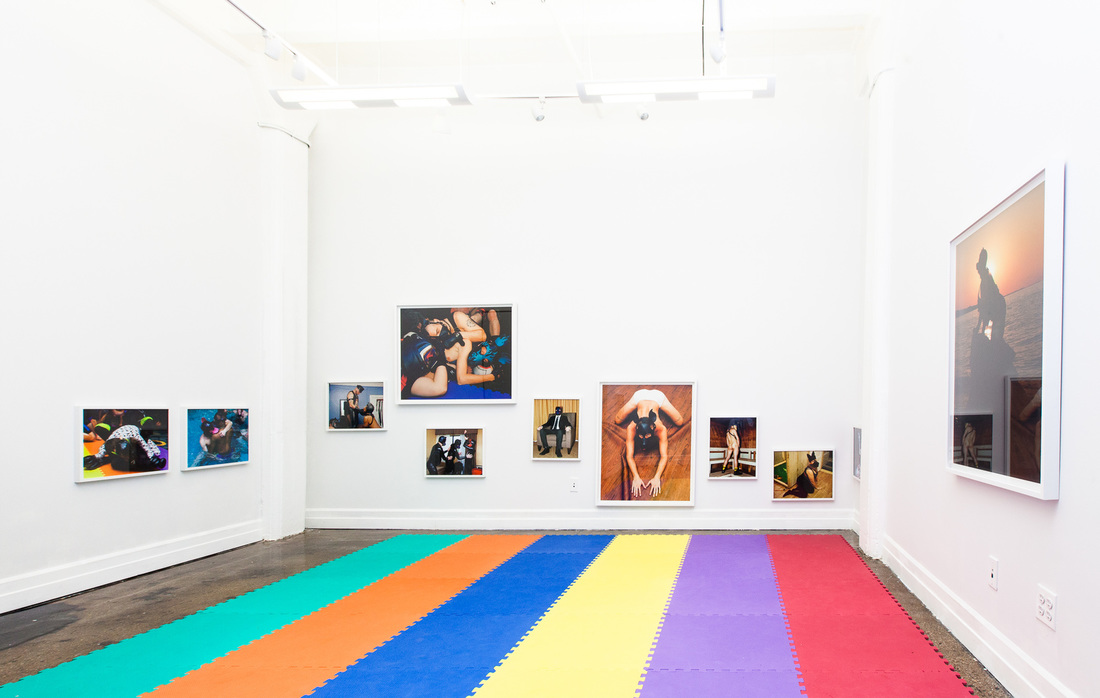 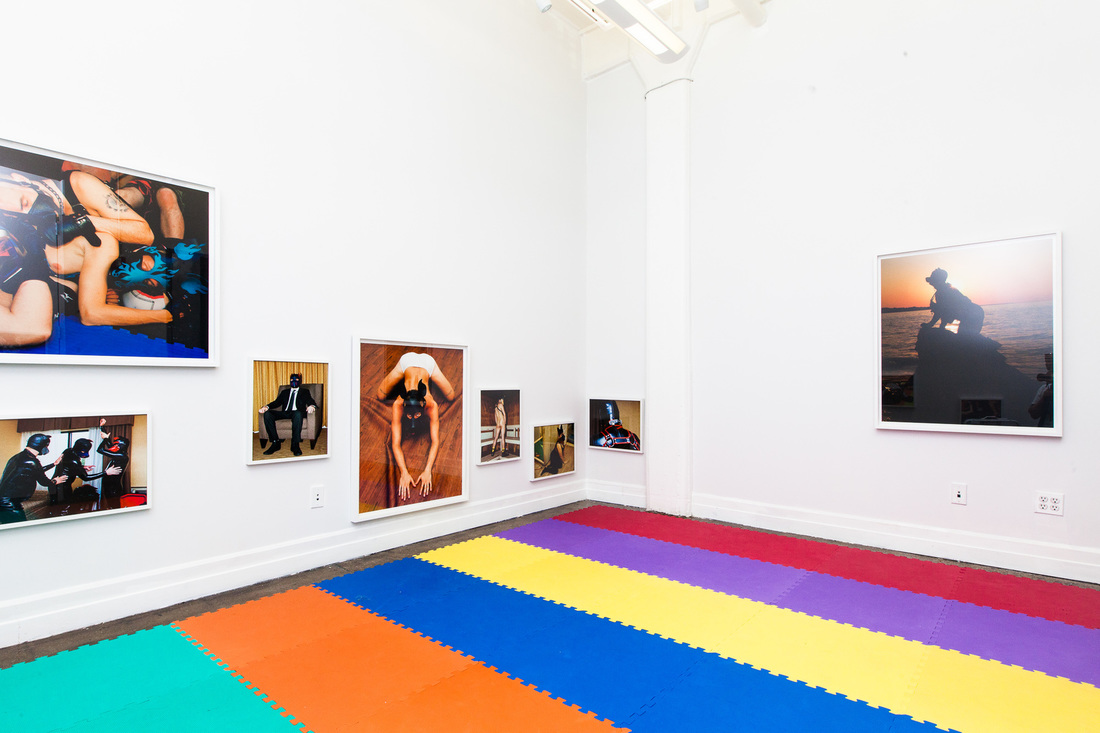 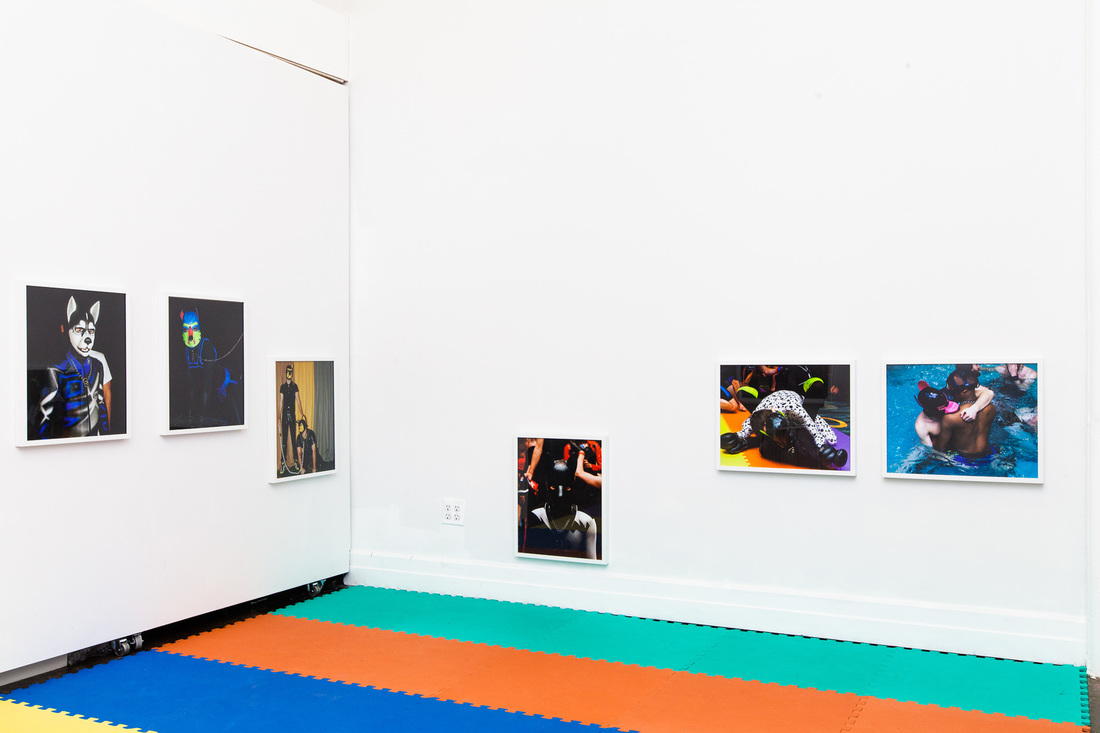 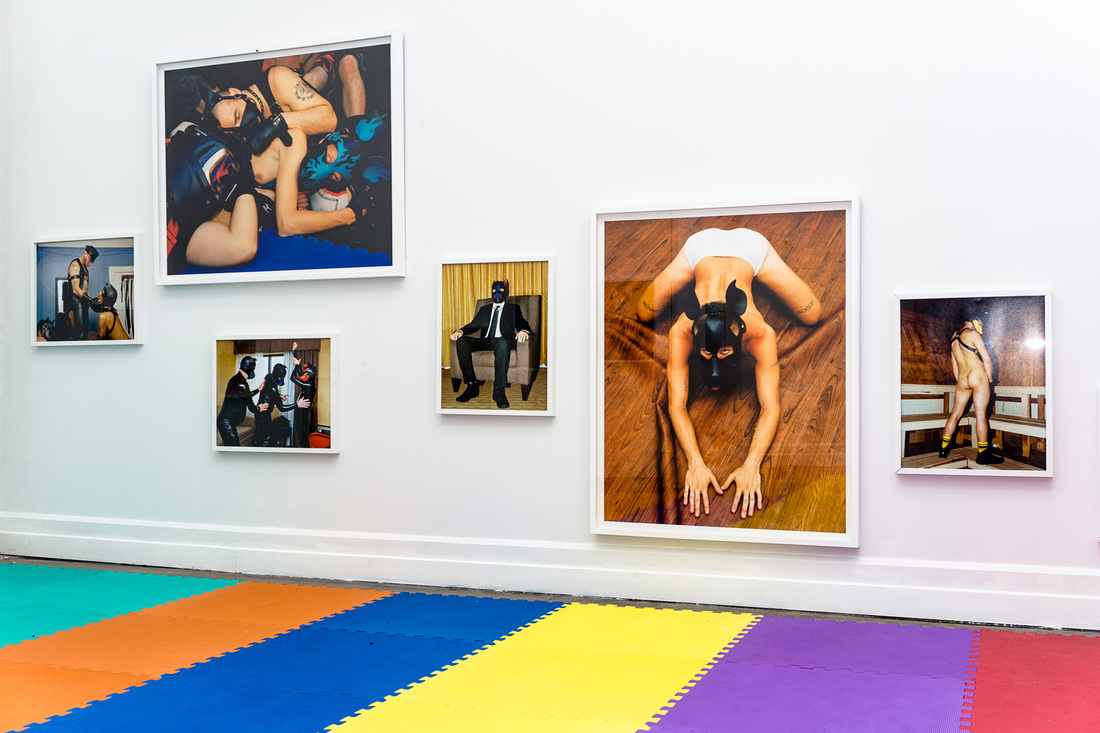 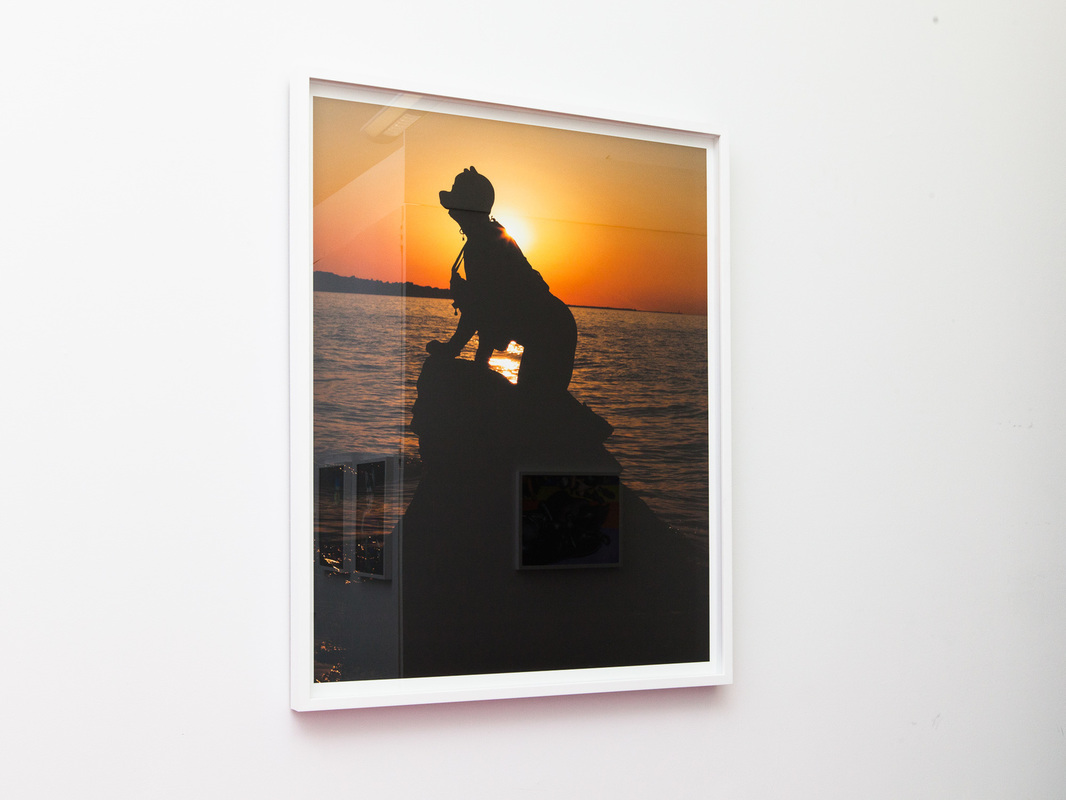 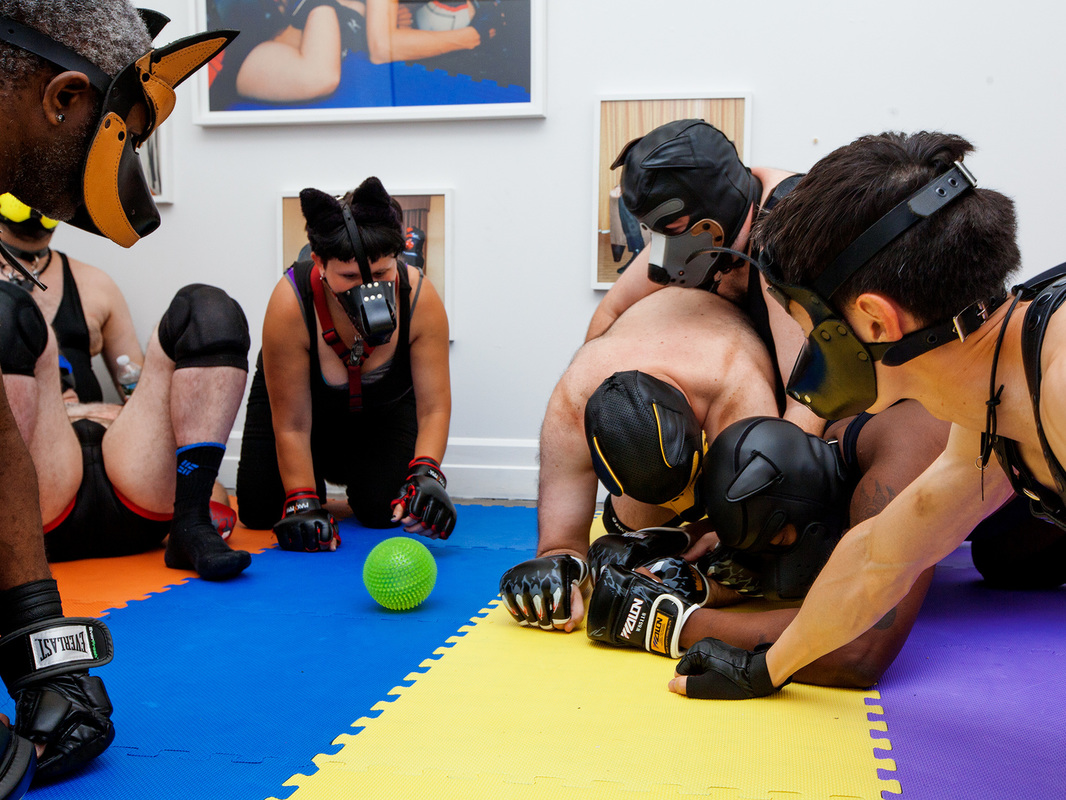 Nichols, James Michael. "Get a glimpse into the world of puppy play." The Huffington Post, October 2, 2016.
Back