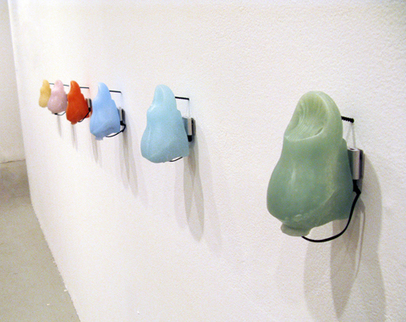 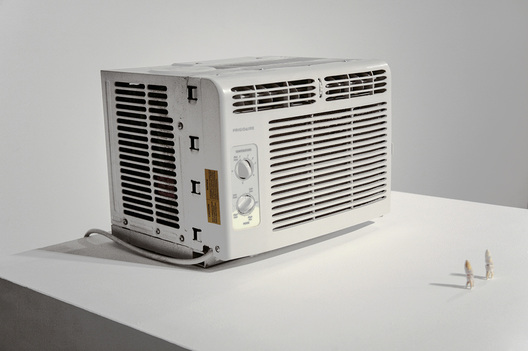 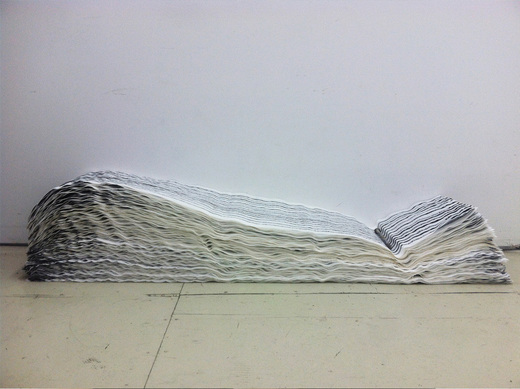 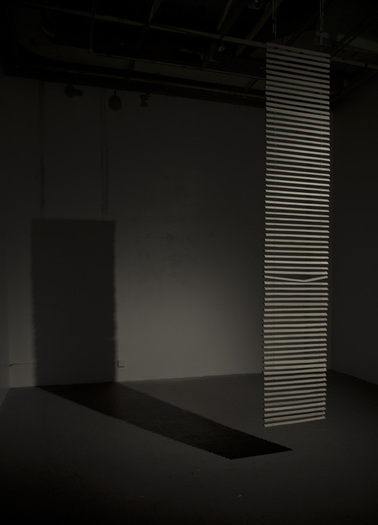 Concrete Blind, 2014, Ayo Yunyu Shih
The subject of loneliness has been discussed by countless people throughout history. It is a common emotion people fear, yet some think it is a fortune for creative ones. In ‘Repetitive Loneliness,’ the four artists explain their reactions towards being lonely through their artistic practices, reflecting common emotions such as futility, longing, anxiety, and obsession.

For Christopher Lin, loneliness means both beauty and pain. He addresses spiritual tradition and existential thought in the demystified world, using palpable light, air, and rain. In Monolith, the air conditioner blows out the human’s four clenched teeth. These figures explore an unknown melancholia.

Eunsun Choi casts doubt on the notion of loneliness. Air fresheners, usually invoke natural scents to help people release their stress. However, it is 'unnatural' that humans create scents of 'nature' and try to convince ourselves to believe they will assist in solving our problems. Choi came up with an idea to eliminate the scent from the object and added the sound effect to experiment whether or not human beings will respond equally to sound alone.

Ayo Yunyu Shih makes artwork focusing on objects as they are and not their intended function. Concrete Blind exists in space; it has mass and volume. The non-descript shape removes any function from the piece. Based on the thoughts of the viewers of the work, the space around them will be instantly transformed in their minds; all viewers in a different space. Inspiration for his work comes from Shih’s feelings upon viewing photos of a Garrison Command office in Taiwan in the 1970’s. All of the objects found in the office, if viewed individually would seem innocent, their true purpose would be removed. However, putting them together reveals their true use.

Eunkyung Lee, when working from the unconscious, finds an empty space within. Lee’s artwork relates the primitive ideology of prayer and meditation. Lee uses lines to symbolize the individual. With irregular markings for motion and repetition, the irregularities define human involvement, always falling short of perfection.